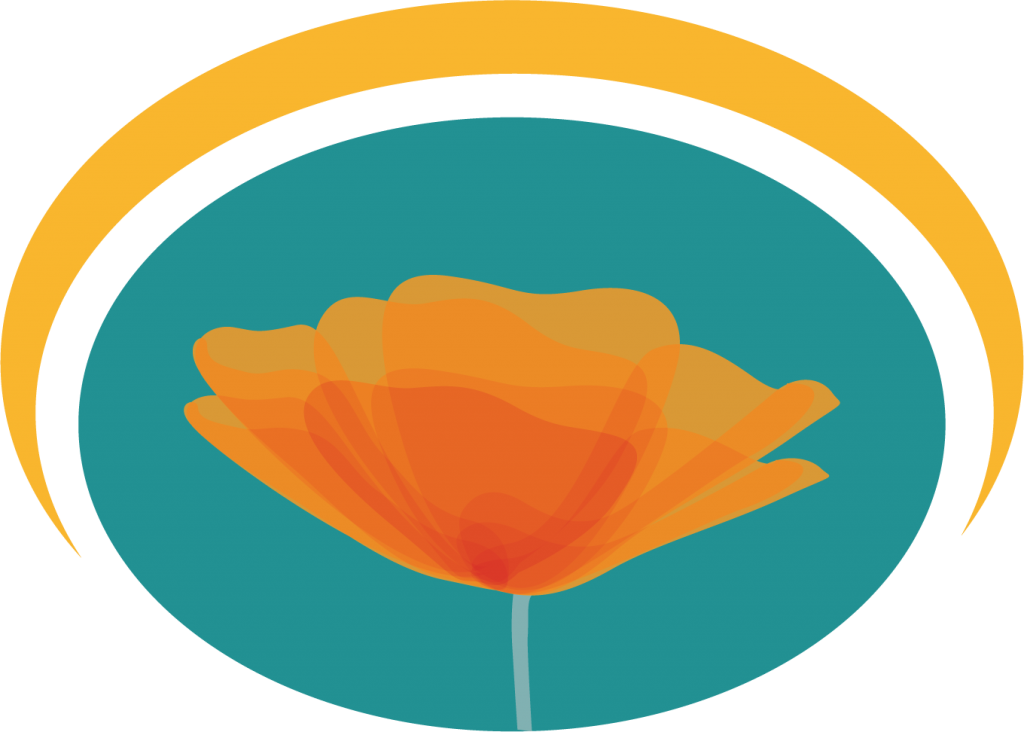 Read the Leadership position descriptions and candidate statements below:

Hello! My name is Queena Hoang (she/her/hers) I am honored and truly humbled to have been nominated for the President-Elect position on the CCPA Leadership Team. I currently work at the University of Southern California in the department of Student Basic Needs. Prior to this role, I have had 10 years of student affairs experience serving in various capacities including cultural advocacy work and student activities. I am also currently in my last year as a doctoral student pursuing an Ed.D. in Educational Leadership with a focus on equity in addressing housing and food insecurities on college campuses.

As a native Californian who has had the opportunity to work out of state for a number of years, I can truthfully say that there is no place like California. As a state, California is often seen to be ahead of the curve when it comes to the social and political landscapes of higher education, whether it’s through publication and research, policy and procedures, or activism and advocacy. However, as practitioners, we continuously push ourselves knowing that there is still more work to be done. With over 700 colleges and universities in California, I hope to highlight all the amazing work that institutions are doing to achieve CCPA’s values of social justice, collaboration, and learning.

In this role as president-elect and future president, my goal is to reflect on the history that has brought higher education to where it is today, to keeping a pulse on state policies and legislation that impact our students, and to imagining innovative and creative possibilities for our future in higher education. As CCPA goes into its 50th year as a state division of ACPA, I envision continuing opportunities for membership engagement that encourages long-lasting relationships. Additionally, in the coming year, we face a contentious election year and I hope to work with the leadership team to make space for our community as practitioners to process the good and the bad, regardless of the outcome, in turn, for us to support our students.  As president-elect, I look forward to listening to your feedback and suggestions as members of the organization for what you hope to see from the leadership team. I hope that we can work together to make this organization a place that cultivates growth through professional development, community through relationships, and passion through reflection.

I first found my love of student affairs and student leadership very early in my freshman year where my orientation leader convinced me to join the Student Program Board and I was elected to my House Council. While drinking the student affairs “kool-aid” I earned my B.S. in Human Resources with a Minor in Studio Arts at Oakland University. I was lucky to have many strong and encouraging mentors as an undergraduate student, great opportunities to see the inner workings of a university environment as well as get a lot of student leadership experience in my tool box. As a natural event planner, and with a strong belief that one’s college education experience is what they make of it, I decided to pursue this career and received my M.Ed. at the University of Central Missouri in the College Student Personnel Administration program and was an active graduate member of MCPA. I have worked in a wide variety of areas, from being an RA to being an assistant director of residential life and operations, from mentoring student affairs graduate students to student activities to new student orientation. Moving in 2005, my first California home was at the University of San Francisco and now I work at California College of the Arts as the Associate Director of Student Life. While I will always go back a few times a year to Missouri to have my beloved Kansas City barbecue, I now call the Bay Area home.

“Hello CCPA membership! I am running for a second term to be your Director of Professional Development because I learned so much in 2019 and I know that I have more to share with you all in the coming year! In addition to coordinating the 2019 institute, I have many years of event planning across my nearly 16 year career. My professional areas of passion are topics that affect students such as food insecurity, mental & physical health, I oversee the donation-funded Student Emergency Food Pantry as well as plan and execute major events such as the New Student Orientation experience, and the arts & craft fairs at California College of the Arts. Being successful in these areas means that I am being a collaborator, team player and a leader daily and working across the college’s network to ensure that things get done! My interest in professional development comes from my interest in helping to support graduate students and new professionals as they transition into and through our field. Student Affairs people who are always looking to give their best to the profession as well as their students keeps me excited about the future. I would like to help connect mid-level and senior level folks to each other as well as graduate students and new professionals to help build better mentorship and collaboration among California college and university professionals. As we prepare to celebrate our 50 year anniversary, it is my vision to get more folks involved with CCPA. I want to help folks discover what CCPA offers and to encourage us as a community of educators to share our expertise with each other. If re-elected for 2020, it is my top goal will be to host smaller ‘regional’ gatherings in addition to the annual institute to help connect folks on a more local level. This will allow building networks within the state for new professionals and graduate students who are often seeking connections with more experienced folks as well as each other. I want CCPA folks to lead conversations on topics that seek well informed and grounded, tangible solutions to our challenges as well as hold space for personal renewal and celebration. I ask humbly for your consideration and vote so that I may once again serve the Golden State as the CCPA Director of Professional Development. Thank you! “

Ryan is a born-and-raised Californian from the stunning Monterey Bay area.  After graduating from UCLA he headed to the University of Florida to earn his MEd in Student Personnel in Higher Education and serve as Tim Tebow’s Graduate Hall Director.  After, Ryan became a Community Development Coordinator at the College of the Holy Cross in Worcester, MA, taking many of the Jesuit ideals to heart.  Longing for sunshine, Ryan returned to his alma mater as a professional staff member in UCLA New Student & Transition Programs in 2012, where he remains.  In his current role, Ryan coordinates and emcees New Parent & Family Orientation and the Young Bruins program, coordinates the event logistics for all New Student and Family Orientation sessions throughout the summer, and spearheads assessment and evaluation for the office, as well as a variety of “other duties.”

Ryan’s time in higher ed includes a wealth of experiences in residential life, orientation, and transition , but also extensive work advising, enhancing inclusion, training, and in leadership development.  Building strong relationships with a wide variety of on- and off-campus partners and effectively sharing information have been vital to all these efforts.  Ryan has been an active participant in regional and national higher ed associations and conferences.  He has presented at ACPA, NASPA, NODAC, NODA Regional, BACHA, and the Institute on College Student Values, and regularly reviews programs for both ACPA and NODA.  Additionally, Ryan has served within NEACUHO (newsletter), NODA (multiple regional conference committees), and his professional home, ACPA (networking coordinator for the former Standing Committee on LGBT Affairs).  And, yes, you may even have seen Ryan as a performer in ACPA’s annual Cabaret.  Ryan has repeatedly stepped into roles similar to the Director of Communications.  As someone whose talents lie in creating, learning, and sharing, he is doubly excited for this opportunity to give back to the association and his home state of California through the CCPA.

Hi! I’m Michael Wallace. I began my journey in student affairs as a result of my undergraduate student leader experience at East Tennessee State University. Throughout my undergraduate career, I had the privilege of being empowered by outstanding student affairs professionals to make positive change on my campus, and I wanted to return the favor for future students elsewhere. I continued my interest in student affair  by completing my master’s program in counselor education at Clemson University in South Carolina, where I served as the Graduate Assistant for Student Leadership in the office of New Student & Family Programs. Currently, I am continuing my work with new students in my role as Orientation Program Coordinator at the University of California, Davis.

John Bacolores is a first-generation, queer, Pilipinx hailing from Carson, CA. He’s finishing his first year in a full-time student affairs position. He graduated from El Camino College with an AA in General Studies – Social and Behavioral Sciences with Honors. He then graduated from UC Berkeley with a BA in Psychology and a Minor in Education. As a former 2nd and 4th grade teacher in Detroit, MI, he then received an MA in Educational Studies with an emphasis in Urban Pedagogy from the University of Michigan, Ann Arbor. After leaving the K-12 teaching profession, he worked as an independent college prep consultant for an education prep company for 5 years.

In the last year of his doctorate program, he decided to transition into higher education. He became a GA at the Asian and Pacific Islander Student Center (APISC) at California Polytechnic University, Pomona. Then, he worked on-campus at USC as both a Writing Consultant for the Writing Center and a GA for the LGBT Resource Center (LGBTRC). Currently, he is a Career Advisor at the Attallah College of Educational Studies at Chapman University. He recently earned his Doctor of Education (Ed.D.) in Educational Leadership – Educational Psychology concentration from USC.

“For the past five years, I have been trying to get a full-time position in student affairs. I’ve sent numerous job applications and didn’t get selected for interviews. It wasn’t until I started connecting to colleagues in higher education that I discovered that a key ingredient missing in my search: networking. As a member-at-large, I hope to engage new and veteran colleagues in higher education, leveraging what I’ve learned as a Career Advisor to communicate to the collective in pursuing avenues for professional development.”

Christopher Johnson currently serves as the founding director for New Student and Parent Programs at California State University, Los Angeles. In this role, he oversees new undergraduate student orientation, parent and family programming, and campus tours, and works closely with other first-year student retention efforts including peer mentoring and young men of color success. Prior to his work with NSPP, Christopher worked for the Center for Student Involvement at Cal State LA, and the Office for Black Alumni Programs at the University of Southern California.